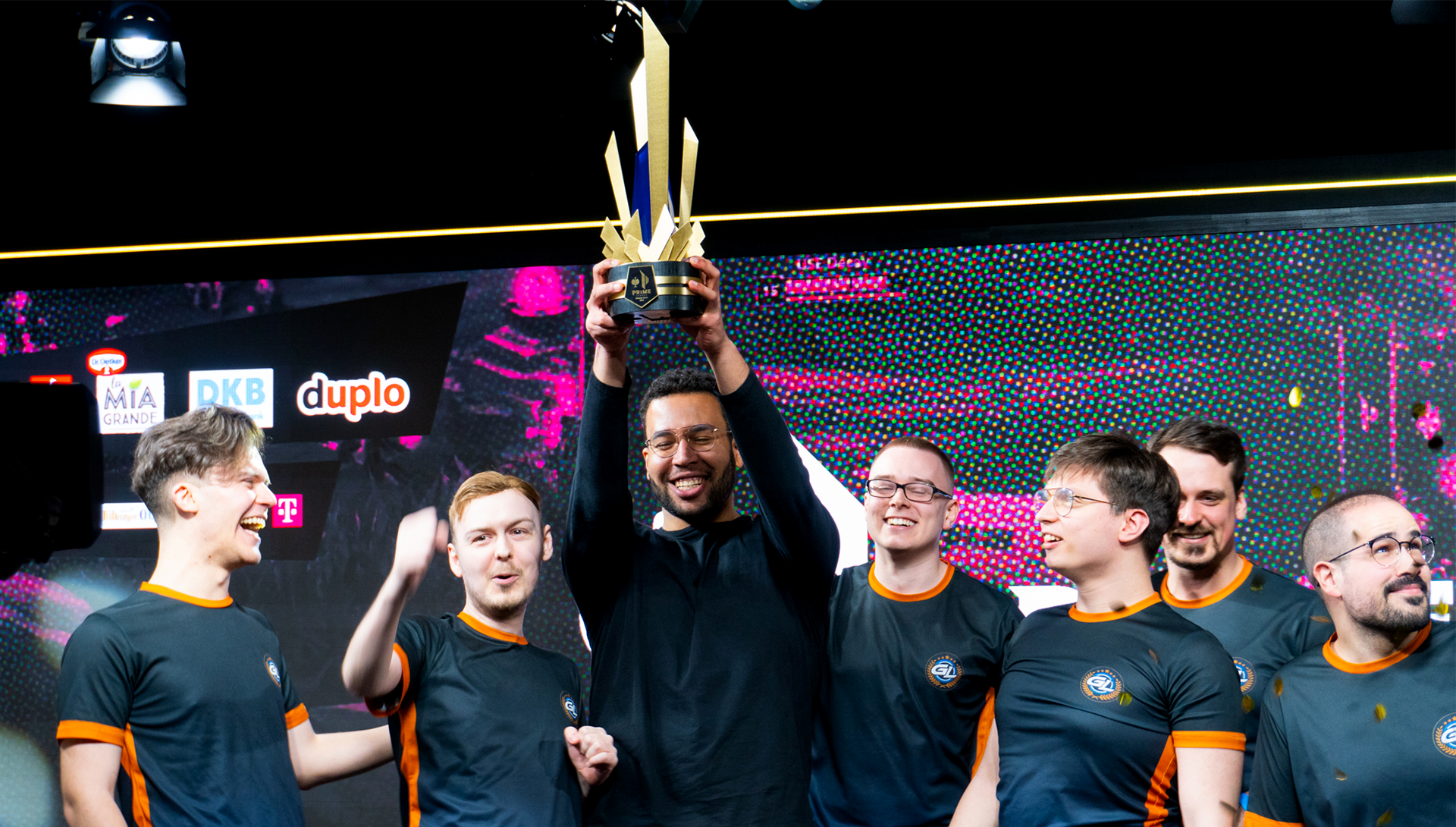 We are German champion!

Only we believed in ourselves - whatever: We beat Eintracht Spandau 3:0 in the Grand Final of the Prime League and were crowned the best League of Legends team in the DACH region for the first time.

With an incredible run, we stormed into the regular season playoffs, breaking several Prime League records in the process. And even though we weren't quite as dominant in the second round, we secured first place in the regular season.

In the Upper Bracket Final, we met Eintracht Spandau for the first time in playoffs - a day to forget. While the first game turned out to be an absolute banger, in which we were ahead for a long time, the next two games went quite clearly to Spandau.

The lower bracket final followed - and our team was suddenly awake. The first game went to the Unicorns, but after that, we took over. Three times we were superior from the beginning, and three times the game ended in a stomp.

So we got the chance for revenge in the Grand Final - and we used it in the best way. The first game was already decided in the draft, and we ran over Spandau. In the second game, the draft looked good again, but it became a bit dramatic for the first time. After we missed to end the game earlier, Eintracht made a slight comeback, but the nexus of Eintracht was already open then. And when Spandau tried to make the Baron, Visdom and Sacre simply destroyed the open base with a backdoor.

In the third game, the draft was even for the first time. Although the kills remained balanced until the end, we were able to secure the Dragon-Soul, as in the previous games. In addition, our ADC jinjo played the game of his life on Jhin. After 19 kills from jinjo and a 46 (!) minute banger, we decided the game - and we won the Prime League title for the first time! By the way, there was a new viewer record: nearly 80,000 people were live in the meantime.